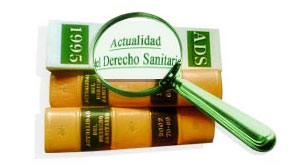 END_OF_DOCUMENT_TOKEN_TO_BE_REPLACED

Recomendación 1418 (1999). Protection of the human rights and dignity of the terminally ill and the dying

Recommendation 1418 (1999). Protection of the human rights and dignity of the terminally ill and the dying

1. The vocation of the Council of Europe is to protect the dignity of all human beings and the rights which stem therefrom.
2. Medical progress, which now makes it possible to cure many previously incurable or fatal diseases, the improvement of medical techniques and the development of resuscitation techniques, which make it possible to prolong a person’s survival, to defer the moment of death. As a result the quality of life of the dying is often neglected, and their loneliness and suffering ignored, as is that of their families and care-givers.
3. In 1976, in its Resolution 613, the Assembly declared that it was “convinced that what dying patients most want is to die in peace and dignity, if possible with the comfort and support of their family and friends”, and added in its Recommendation 779 (1976) that “the prolongation of life should not in itself constitute the exclusive aim of medical practice, which must be concerned equally with the relief of suffering”.
4. Since then, the Convention for the Protection of Human Rights and Dignity of the Human Being with regard to the Application of Biology and Medicine has formed important principles and paved the way without explicitly referring to the specific requirements of the terminally ill or dying.
5. The obligation to respect and to protect the dignity of a terminally ill or dying person derives from the inviolability of human dignity in all stages of life. This respect and protection find their expression in the provision of an appropriate environment, enabling a human being to die in dignity.
6. This task has to be carried out especially for the benefit of the most vulnerable members of society, a fact demonstrated by the many experiences of suffering in the past and the present. Just as a human being begins his or her life in weakness and dependency, he or she needs protection and support when dying.

7. Fundamental rights deriving from the dignity of the terminally ill or dying person are threatened today by a variety of factors:

7.1. insufficient access to palliative care and good pain management;
7.2. often lacking treatment of physical suffering and a failure to take into account psychological, social and spiritual needs;
7.3. artificial prolongation of the dying process by either using disproportionate medical measures or by continuing treatment without a patient’s consent;
7.4. the lack of continuing education and psychological support for health-care professionals working in palliative medicine;
7.5. insufficient care and support for relatives and friends of terminally ill or dying patients, which otherwise could alleviate human suffering in its various dimensions;
7.6. patients’ fear of losing their autonomy and becoming a burden to, and totally dependent upon, their relatives or institutions;
7.7. the lack or inadequacy of a social as well as institutional environment in which someone may take leave of his or her relatives and friends peacefully;
7.8. insufficient allocation of funds and resources for the care and support of the terminally ill or dying;
7.9. the social discrimination inherent in weakness, dying and death.

8. The Assembly calls upon member states to provide in domestic law the necessary legal and social protection against these specific dangers and fears which a terminally ill or dying person may be faced with in domestic law, and in particular against:

8.1. dying exposed to unbearable symptoms (for example, pain, suffocation, etc.);
8.2. prolongation of the dying process of a terminally ill or dying person against his or her will;
8.3. dying alone and neglected;
8.4. dying under the fear of being a social burden;
8.5. limitation of life-sustaining treatment due to economic reasons;
8.6. insufficient provision of funds and resources for adequate supportive care of the terminally ill or dying.

9. The Assembly therefore recommends that the Committee of Ministers encourage the member states of the Council of Europe to respect and protect the dignity of terminally ill or dying persons in all respects:

a. by recognising and protecting a terminally ill or dying person’s right to comprehensive palliative care, while taking the necessary measures:

b. by protecting the terminally ill or dying person’s right to self-determination, while taking the necessary measures:

9.2.1. to give effect to a terminally ill or dying person’s right to truthful and comprehensive, yet compassionately delivered information on his or her health condition while respecting an individual’s wish not to be informed;
9.2.2. to enable any terminally ill or dying person to consult doctors other than his or her usual doctor;
9.2.3. to ensure that no terminally ill or dying person is treated against his or her will while ensuring that he or she is neither influenced nor pressured by another person. Furthermore, safeguards are to be envisaged to ensure that their wishes are not formed under economic pressure;
9.2.4. to ensure that a currently incapacitated terminally ill or dying person’s advance directive or living will refusing specific medical treatments is observed. Furthermore, to ensure that criteria of validity as to the scope of instructions given in advance, as well as the nomination of proxies and the extent of their authority are defined; and to ensure that surrogate decisions by proxies based on advance personal statements of will or assumptions of will are only to be taken if the will of the person concerned has not been expressed directly in the situation or if there is no recognisable will. In this context, there must always be a clear connection to statements that were made by the person in question close in time to the decision-making situation, more precisely at the time when he or she is dying, and in an appropriate situation without exertion of pressure or mental disability. To ensure that surrogate decisions that rely on general value judgements present in society should not be admissible and that, in case of doubt, the decision must always be for life and the prolongation of life;
9.2.5. to ensure that – notwithstanding the physician’s ultimate therapeutic responsibility – the expressed wishes of a terminally ill or dying person with regard to particular forms of treatment are taken into account, provided they do not violate human dignity;
9.2.6. to ensure that in situations where an advance directive or living will does not exist, the patient’s right to life is not infringed upon. A catalogue of treatments which under no condition may be withheld or withdrawn is to be defined;

c. by upholding the prohibition against intentionally taking the life of terminally ill or dying persons, while: